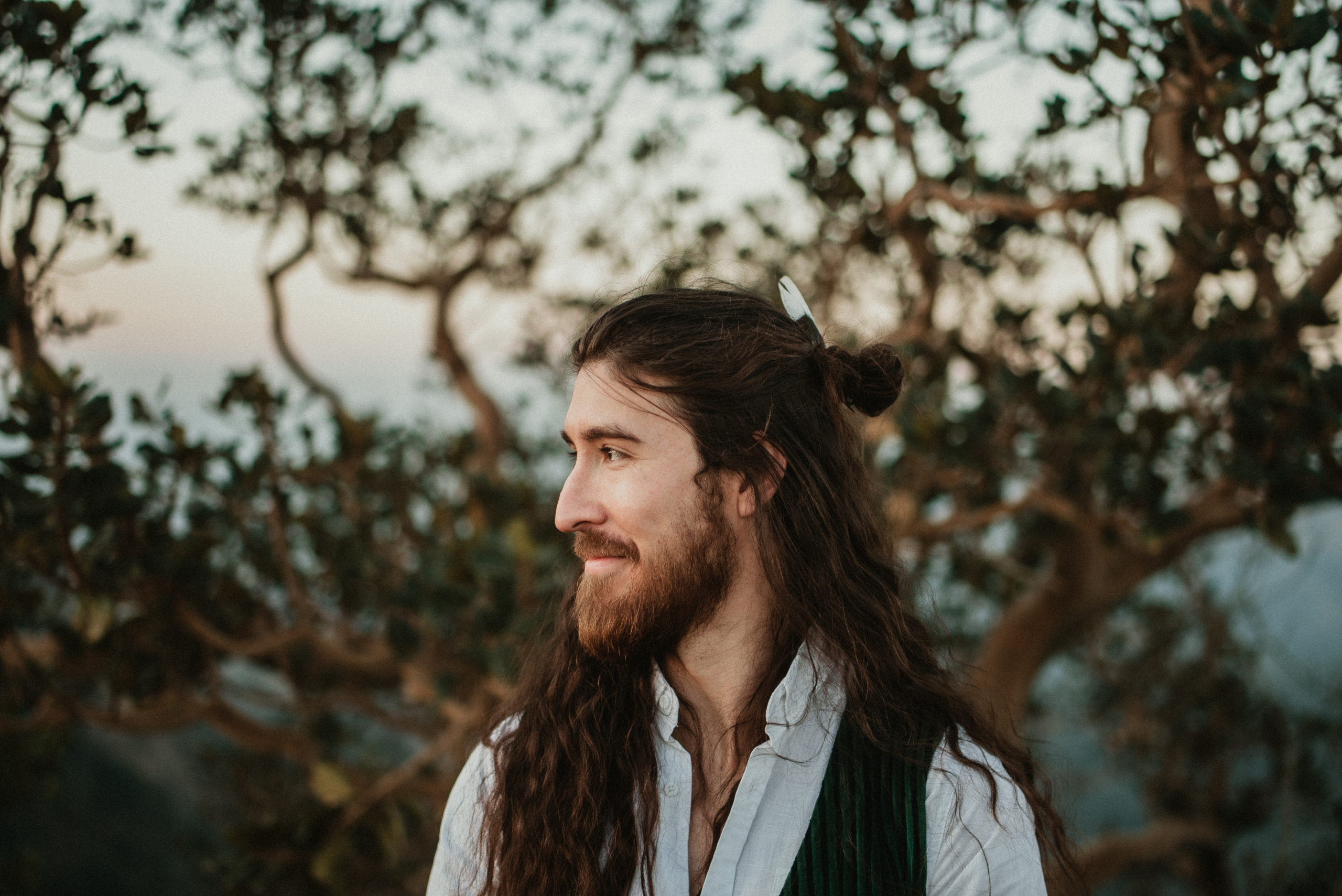 I explore topics which some have described as dark and melancholic. For me, there is no light or dark, only reality. A reality which accepts depression, the transient nature of identity, addiction and the pain of existence as part of the whole beautiful truth of life. The artworks often take on otherworldly qualities, yet are still rooted in reality. Things often don’t make sense, nothing just is, the parameters of normality are skewed. This is a reflection of the human mind and ultimately the human experience

Everything we create, from our careers, relationships, actions or words we speak, is always a reflection of ourselves. Nowhere is this more visible or more keenly felt than in the art we create. My life journey is the context for my art. Each piece points to aspects of myself, conscious or unconscious, and the experiences that have shaped me. It is a vulnerable and precarious form of self-exploration, sharing and catharsis.

I was born in pre-democracy South Africa to a mixed race family, half white, half coloured (with a little bit of Scottish and Native American thrown in for good measure). My father married into a large, close-knit family of strong coloured women. This is the only family I have known – loud, loving, very involved and always surrounded by good food (and lots of it), good old RnB and smooth dance moves (which I clearly did not inherit).

I grew up very close to the women in my family. Being so influenced by feminine energy from a young age made me more sensitive and empathetic to the emotions and energies of others. It also made me realise from an early age that I did not fit the stereotypical male idea that is propagated and forced on us. Was I normal?
This was just one aspect of the questions around identity I had. We moved around a lot. I’ve lived in at least 10 different homes and attended 7 different schools before the age of 16. It’s a strange thing growing up without a set place to call home for long, having to find new ways of fitting in and relating to new environments and new people. You learn to be very fluid in your identity.

When I was sixteen, my family moved to the UK where I lived the teenage dream of no school, working the grill at McDonalds, mostly stoned and mostly hungover from the night before. Just a means to fit in and make adjusting to another new environment easier.
As an only child, I spent a lot of time alone. I was happy within myself. I suppose we all are when we start out. But soon I became painfully aware that I did not fit in. I’ve never felt like I belonged. I didn’t identify with being coloured or white, being society’s idea of the masculine, being South African or British.

Without much sense of place, direction or motivation, I worked purposeless jobs to be high. Which don’t get me wrong, was a lot of fun. For a few hours a day, I was free of my inhibitions, self-consciousness and anxiety. It was easy for me to fit in, or at least feel that I did. I became an expert at social camouflage. It made it bearable to be around people. To be in myself. Pretty soon I was doing coke on a regular basis and when that lost its edge, I was pilfering opioids to support my 20-a-day habit. I didn’t see anything wrong with it. The people I was around did it. The culture I was in encouraged it. Drugs were always around, whether they were illegal or legal I didn’t see a difference. Since childhood, with my mum having Lupus, pharmaceutical drugs were a norm. If it made you feel good, if it made things feel bearable what was the problem? But in truth, I made my own choices. Deep down I knew it and I knew I did it because I was deeply unhappy.

I moved back home at the height of it, knowing that I wouldn’t be able to continue supporting my drug habits. For two weeks I was bed ridden. Body pains, shaking, night sweets, throwing up. Everything hurt. Coming off opioids was the worst feeling you can imagine multiplied by a hundred. I had a deep need to sort my life out and at this point I discovered photography, quite by accident. A friend encouraged me to study it. I wanted some direction, something to focus on. A shot in the dark. Photography made some sense. Ever since I was a child, I had wanted to evoke emotion in others and have always been drawn to film, and so I decided to study photography at Southampton University.
After three months I dropped out to return to South Africa. I had tried to be happy in the UK. It had been a constant running from and searching for. Up to that point, nothing had made me happy. Perhaps I could find it in South Africa.

Without having completed high school in South Africa I couldn’t find employment. All I had was my camera and I began taking photos as a means to make money. I soon discovered that I was able to create what I had in my head through photo manipulation. Mold reality however I saw fit. Having that artistic outlet made existence bearable. It felt good. And so my art career began. Very unceremoniously and very unplanned.
Just over a year in South Africa, I met my partner and mirror, who was the catalyst for my journey back to myself, to the true seat of identity; and encouraged me to pursue my artistic career. That was five years ago. We’ve worked hard (to put it mildly) – I’m learning to be happy within myself, without any crutches. The unravelling of myself and my artistic practice go hand in hand. As I explore who I am and what has shaped me, these are released, purifying myself of all that is not me and thus clarifying my artistic expression. The more authentic I become, the more authentic my art becomes. This process is not so much a journey, but rather a letting go.

In a way, this is not just my story but the human story. The story of releasing the societal constructs, labels, identities and influences, painful experiences, disappointments and shame to remember who we really are, in our truest forms. And in so doing reclaim our creativity, to express ourselves creatively in all aspects of our lives. This, I feel, is my life’s purpose – to inspire creativity in everyone I meet.

“Every portrait that is ever painted with feeling is a portrait of the artist, not of the sitter. The sitter is merely the accident, the occasion. It is not he who is revealed by the painter, it is rather the painter who, on the coloured canvas, reveals himself.” – Oscar Wilde

I explore topics which some have described as dark and melancholic. For me, there is no light or dark, only reality. A reality which accepts depression, the transient nature of identity, addiction and the pain of existence as part of the whole beautiful truth of life. The artworks often take on otherworldly qualities, yet are still rooted in reality. Things often don’t make sense, nothing just is, the parameters of normality are skewed. This is a reflection of the human mind and ultimately the human experience.
I only ever use female models to convey a concept, tending to focus in on a single, central subject – an ode to my feeling of separation and the feminine aspects of my being. I live vicariously through my subjects, exploring and expressing this feminine energy through the movement of the female form – flowing, graceful and powerful.
Turning the formless into form, imagination into reality, crafting a thing of beauty to evoke an emotion in others is what inspires me, and I often draw on music, film and other artists such a Brooke Shaden, Lara Zankoul and Laura Makabresku.
Since my journey began, I have exhibited at ImageNation, Paris and the Hilton Arts Festival, South Africa. Currently, I am looking forward to exhibiting at Art in the Park  and am collaborating on the book A lighter Way of Being with best-selling author Di Smith, due to be published early 2019.